A Call for Vermont Christians to Rise Up Against H.57 Abortion Bill 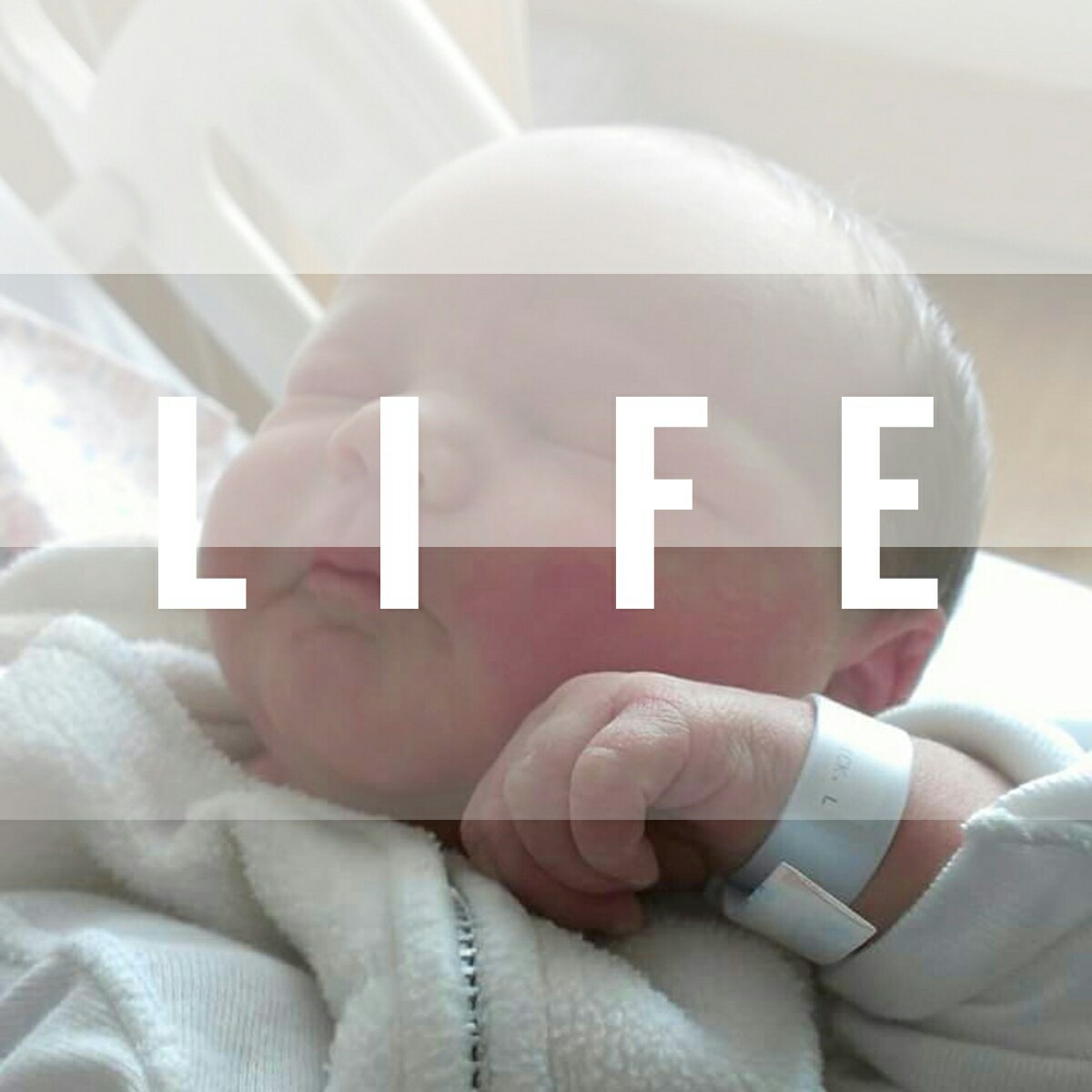 It is said that when the Romans would leave unwanted newborns out to die, that the Christians would rescue and raise them. May our history become our legacy.

The nation was shocked and many outraged last week when New York passed a sweeping abortion law that loosened the requirement for who can be an abortionist, removed protections for unborn children involved in violent crimes, and now allows abortions through all 9 months of pregnancy (When the U.S. Supreme Court ruled Doe v. Bolton the same day as Roe v. Wade, “the health of the mother” became something that can be interpreted by law to mean emotional, mental, even financial and social health. Also, many OB/GYNs have clearly stated in recent days that there is never any reason to abort a child in the third trimester for the health of the mother.).

When the law was passed on the anniversary of Roe v. Wade, Governor Cuomo lit the top of the One World Trade Center spire pink to celebrate it. The footprint of where the Twin Towers stood has a monument listing all who died in the 9/11 attacks, that includes the names of 11 babies killed inside their mother’s wombs in the terrorist attack–babies who would no longer be protected under the new law. In fact, pre-born babies are no longer protected in New York when their mother has an abusive partner or is the victim of a violent crime that causes a forced abortion.

What many did not realize and still do not realize is that New York’s neighbor, the smaller state of Vermont, has been quietly doing exactly what was celebrated in New York for years, but even more extreme. Vermont is now trying to codify this, first with a bill, and then in the state Constitution. This bill, H.57, would not only codify abortion with zero restrictions into state law, it would also strip any remaining rights that an unborn child has in Vermont, effectively giving that human being the status of property (but having less rights than an animal).

We also have specific responsibilities as Christians to protect the vulnerable and speak for the innocent who are being harmed or even killed: “Speak up for those who cannot speak for themselves, for the rights of all who are destitute…” (Proverbs 31:8-9)

Compare those words of Holy Scripture with the chilling words of Vermont H.57, “A fertilized egg, embryo, or fetus shall not have independent rights under Vermont law.”

We all know from the rest of the bill, not to mention current Vermont practice, that a baby just seconds from appearing outside the womb is still considered a fetus. No rights? Does this mean that he or she is property, worse than slavery, because he or she may have body parts that could be sold or used for scientific experimentation? It seems so. Many have expressed these concerns about this bill already.

The bill states: “Every individual who becomes pregnant has the fundamental right to choose to carry a pregnancy to term, give birth to a child, or to have an abortion.” Think about the audacity it took to put those words in there. Words matter, and they matter almost more in law than anywhere else, as lawyers–and lawmakers–will tell you.

Our lawmakers are admitting in their bill that would grant absolutely unrestricted abortion, that a child is the result of a pregnancy carried to term. There is something missing in this sequence: “…give birth to a child, or to have an abortion.” They are clearly saying, you either give birth to a child, or you kill that child through an abortion. The word “abortion” does not cover up that fact. It is the logical conclusion of this phrase in the wording of the bill itself.

It is time to act. Here are 8 things you can do, starting today.
1) Pray. Enough said. This is the most important thing, and what we as Christians must do first.

2) Go testify at the committee hearing THIS Wednesday, February 6th at the State House in Montpelier from 4:30-6:30 PM. Those who wish to testify can sign up starting at 4 PM, and will be given 2 minutes to speak. Even those who cannot make the drive can still testify by submitting an e-mail to [email protected] Each one of these is read by the committee and becomes a public document. Go on record in support of the unborn.

3) Write and go visit your representatives. It is so easy to write or call your state representatives. Even if you don’t know what to say to them, just let them know that you are opposed to H.57, the bill that gives unlimited restrictions on abortion. A couple of sentences with your main concerns are enough to make your voice heard. Each of these letters matters.

Better yet, go visit your representatives. When abortion decisions are being made at the U.S. Supreme Court level, we feel there is nothing we can do other than to pray. But the new territory in the fight for life is now in your own neighborhood. My state representatives, one of whom is a sponsor on the bill, hold office hours in local cafes in our community. They will be visited by me, and I hope you will visit your representatives, as this process unfolds. Don’t be afraid of not knowing all of the answers. You simply need to express your concerns as a citizen. Bring ultrasound pictures of your children in their third trimester and talk about how your children responded to your voice while in the womb. They are not property or a clump of cells, which everybody knows; science even admits that they are babies. They should have rights. Speak for them.

4) Encourage our Republican Governor to veto this bill. He has shown both support of the bill and hesitation so far. He seems to favor abortion law, and yet he seems to know this is a radical bill that could have far-reaching legal fall-out for our state. Write or call, and urge him to veto H.57 if it gets to his desk.

6) Get involved with foster care and adoption. When courageous women do give birth to a child who was in danger of being aborted, she and the child often need our support through foster care or adoption. There are so many ways to get involved, whether it is taking a child into your home or organizing a toy or school supplies drive for foster children. This is one way we care for orphans in the U.S. “Religion that is pure and undefiled before God the Father is this: to visit orphans and widows in their affliction…” (James 1:27)

7) Ask your pastor for ways you might be able to help your church minister to women who have had abortions, or who have made the courageous decision to give birth. As a pastor, I have cried with women who have tearfully shared that they were deceived at some point in their life and had an abortion. It has been especially helpful to have women in the church who can be an additional listening ear and a reminder of Christ’s forgiveness to these women who need our love and support. Those who were considering abortion but who made the courageous decision to give birth also need our help, in so many practical ways.

8) Remember our duty to love. Protecting the unborn is one way you can love your neighbor as yourself (Mark 12:31). But this also includes loving those we disagree with. Abortion is an emotional issue for both sides, for obvious reasons. But even as we confront those we disagree with, and don’t back down, we don’t call them names or ever threaten to harm them. They may be harming, or protecting the “right” to harm innocent children, but our only duty to them is to tell them the truth, pray for them, and–as hard as it may be in this circumstance–to honor and love them (Romans 13:7-8). As Christians we don’t flinch to call evil, evil. It is hard to imagine much more evil than advocating for the death of a child up to moments before birth. But it is our Scriptural responsibility to do this in a way that still shows respect to lawmakers.

Start with one or two of the above items, and then keep working through them. If we are ever going to act for the unborn, this is the time.

Dietrich Bonhoeffer was a German pastor during the Nazi regime who ultimately was executed by the Nazis for speaking out against their atrocities. We still have much, much more freedom to speak than he did and really, at very little cost to us. But what he said about the murder of those who were deemed “non-people” by the government of his time applies to pre-born babies in Vermont today who are being deemed “non-people” by our government. Bonhoeffer courageously declared, “Not to speak is to speak. Not to act is to act.”

Reproduced here from He Must Become Greater by Tim Counts. Tim is married to his best friend Melanie, and they are the proud parents of three children. He serves as the pastor of Northshire Baptist Church in Manchester Center, Vermont.

A Call for Vermont Christians to Rise Up Against H.57 Abortion Bill